The absence of a large ice field has made The Czech Bandy Federation to think about how to prepare for international matches as good as possible.  After many tests, adjustments and consultations with players and referees, two years ago the Czech Bandy started playing and training in a new way of the rink bandy called “Czech national bandy” = “SHORT BANDY”. Short Bandy completely replaced the rink bandy. The players in Czech Republic think the short bandy simulates more real bandy and with quality match leadership by the referees and the involvement of all actors the short bandy may develop into an attractive game played more like the real bandy. 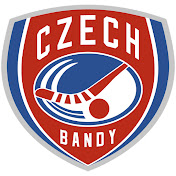 Now the Czech Federation has sent their comprehensive and translated rules compiled by FIB referee Radek Kopal to FIB for continued decision-making process.

The Czech players believe that in today’s uncertain times, this could be the way for the development of a bandy around the world, because for the play you need “only” an ice hockey rink. Uniform rules are the basis of every sport. That’s why the Czech Bandy Federation now want feedback and comments from the rest of the international bandy family.

FIB General Secretary Mr Bo Nyman is enthusiastic:
-This is very interesting. If we can develop a way of bandy that connects more to the ordinary bandy, but still played on hockey rinks, it can develop the club teams and the national teams from the nations under the A-group teams.

FIB will now start a process to see if this variant of bandy, Short Bandy, can be implemented on a larger scale in the bandy world. In the first instance, the proposal for forms of play and rules will be discussed in the FIB Technical Committee and the FIB Rules and Referees Committee for later decisions in FIB Executive Committee.

At the same time, Bo Nyman praises the bandy friends in the Czech Republic:
-They have done an exciting and a good job for a new form of bandy that can primarily develop bandy played on hockey rink but in the long run also develop the teams to become stronger even in bandy on big ice.

The Border
The rink shall be surrounded with border of a minimum 15 cm height and maximum of 122 cm. When using low border is used rounded or cornered parts. The back border is at 3,5-4,5 m distance behind end lines. The low border can be made of wood, plastic, aluminum or another accepted material in length of 4 m, and 15 cm high, and width of 2 – 4 cm.

The Goal Cages
The goal cage shall be have this proportion: height 210 cm, width 250 cm, depth at least 60 cm or a maximum os 120 cm and shall be installed fittingly net and shall be placed under the goal line.

The Players
Each team is consisting of 5 players, one being the goalkeeper (4+1). A team is not entitled to start with fewer than 4 players (3+1).
Each team is entitled to use additional substitutes (between substitutes could be a reserve goalkeeper).
Each team have allowed not less than 4 players and not more than 12 players. On the roster shall be clearly indicate who is substitute goalkeeper, that is is a deal at the moment when the team has 12 players on the roaster. If the team has less than 11 players on the roaster, all substitutes could be potentially a substitute of goalkeeper. The teams have 10 players in the field and 2 goalkeepers

Ordinary playing time
A match is played in 2×20 minutes of rough time, if leaders of competition or organizers of tournament decided otherwise. Every competition has their own appointment and it is superior to this rule.

Penalties
A player can get a warning and a yellow card. The times for penalties are 2 or 4 minutes.

The Czech Bandy proposal for the rules for “Short Bandy” that is sent to FIB is of course much more complete than these examples from the rule document.